We’ve officially begun a new year, a new decade, and as we typically consider these factors -- a “new beginning.” As many of us are planning for the future, we can’t help but take a minute to reflect on the past and how far we’ve come. Unarguably, furniture design has been a part of the human experience since the beginning of history.

And while one may say that we are a bit biased on the topic, we feel it’s important to build our future to start this new year by looking back at our history and the history of the furniture industry as a whole.

It is believed that humans may have been designing the “structure” for what we would now consider furniture as early as 12,000 B.C. Since few items of furniture have survived from ancient times, our knowledge of early furniture design is largely derived from its depiction in art forms.

The earliest surviving examples of tangible furniture can be found in the UK at the ancient Scottish settlement of Skara Brae in Orkney, Scotland (which is believed to date back to 3100-2500 BC).

THE INFLUENCE OF GREECE

Today, the designs we appreciate as “antique furniture” can be derived from that of the works from ancient Greeks.

As the craftsmen of this time began to experiment with new materials and refine their skills they produced furniture that became more decorative in design. From this we began to see furniture with more curved design, such as the legs and backs of chairs and tables.

For the most part, it is believed that the ancient Greeks did not have a wide assortment of furniture in their daily lives. A home would only have a few items, but what they had seems to have been carefully crafted.

The Importance of Egypt

Ancient Egyptians believed that their possessions could be used in the afterlife; items, including furniture, were buried with the dead in sealed tombs. In the hot, dry climate of Egypt, many items were preserved through the centuries and remain some of the only surviving examples of actual ancient furniture.

While it is believed the “typical” Egyptian household did not have a lot of furniture; the pieces they did have were very simplistic in design -- not exactly what most people think of when they visual Egyptian furniture.

Now & Then - A Quick Walk Down Memory Lane

Each decade is often defined and recalled by its style. Here’s a quick run-through of what we’ve seen in the modern past:

2010 to now has been all about the digital age and individualism. Everyone is looking to define themselves through a unique style that will set them apart (or make them an influencer).

So, Where Are We Headed?

While the furniture industry may slower to adapt to the rapidly changing advances in technology; there are ways in which technology is being incorporated; envision a smart sofa, which could unfold into a bed with nothing more than the click of an app on your phone.

And one thing we know for certain, no matter what our style is today one thing that history tells us is that it always repeats itself.

Stay tuned for Part 2 of this series as we discuss the furniture industry in Jamestown, NY. 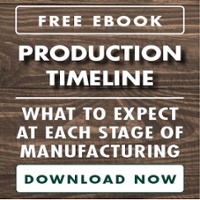